Havana’s Old Town: 5 Examples of Its Beautiful and Dark History

Jan 03, 2017Mary GilbertTravelComments Off on Havana’s Old Town: 5 Examples of Its Beautiful and Dark History

There’s far more to New York than Manhattan. There is of course far more to Sydney than its harbour, framed by the Opera House and that mammoth bridge affectionately known as the Coathanger. There is more to Las Vegas than its casinos, although some might wish to argue this point. Havana is not defined by its Old Town (La Habana Vieja), but this is undeniably its beating heart. We certainly encourage you to get out and see the entirety of the city when you visit, and yet you could easily be satisfied if you never left Havana’s Old Town and its environs. There is a certain amount of dilapidation, but this is to be expected, and gives this part of Havana (and many other parts of the country) its character. The Old Town was named a UNESCO World Heritage site in 1982. The funds that were made available from this classification have helped La Habana Vieja to undergo some much needed restoration work in order to retain its beauty. This was further bolstered when Havana was once again positioned as a destination for visitors, which began in the 1990s after the collapse of the Soviet Union (and a reduction in international investment in Cuba). Havana’s Old Town is a place of profound beauty, and while it’s popular with visitors, it’s not as though visitors have manipulated the development of the area. It remains an authentic part of the Cuban experience, and you will most definitely spend many happy days strolling its narrow streets, savouring its rich (and sometimes dark) history. 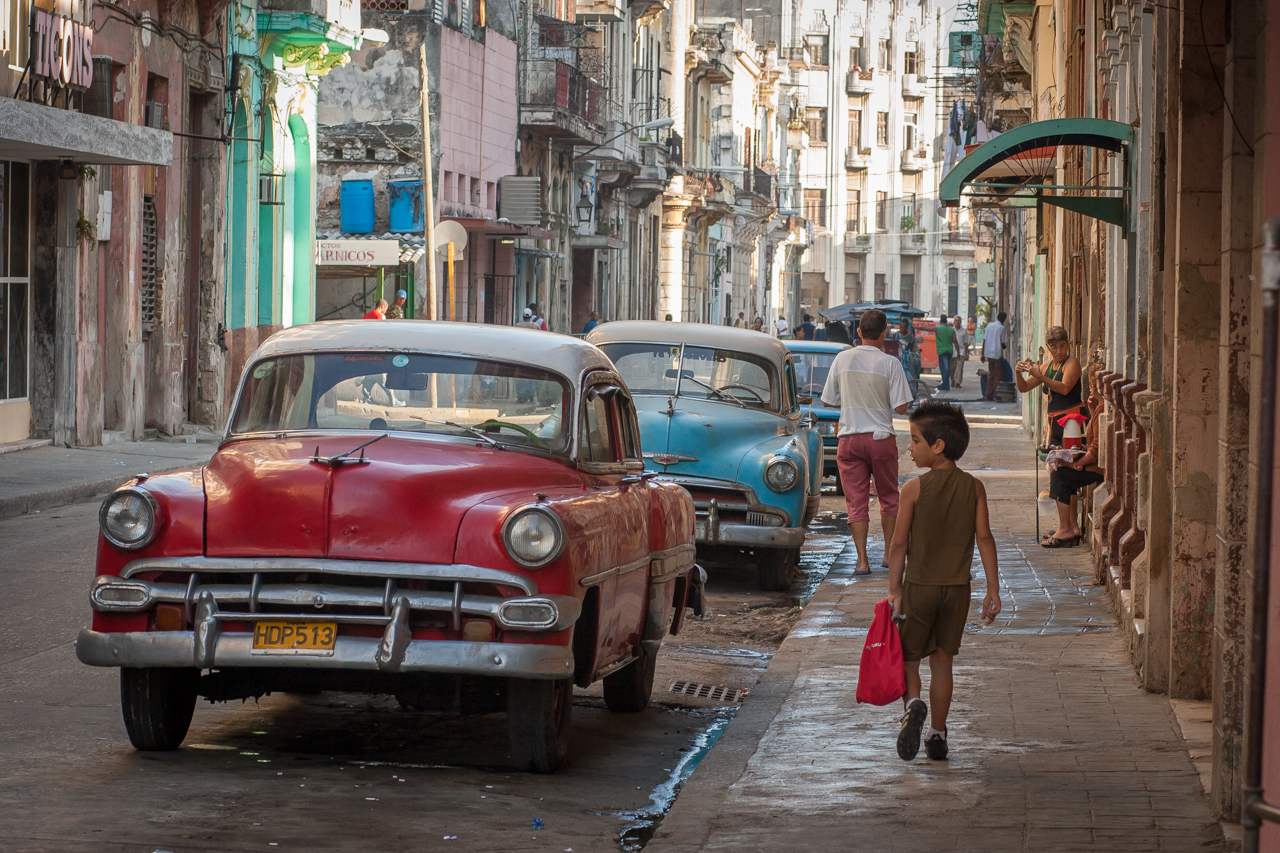 The Plaza de Armas was laid out shortly after Havana was founded in 1515. There are many squares with the same name throughout Latin America, and Havana’s Plaza de Armas can be considered the very starting point of the city. In the event of an attack, citizens were to gather here, whereupon they would be given weapons to defend the city. Its dark history is really not evident today, and there is a daily vintage market (excluding Sundays) including one of the best selections of second hand books in the city.

You’ll find the Castillo de la Real Fuerza right next to the Plaza de Armas, and it is an example of poor planning. Designed as one of the many fortifications that protected Havana, the fortress was too far from the water to offer a first line of defense. It was repurposed as the residence for the Spanish governors of Havana.

The Plaza Vieja was laid out in 1559, and was at that time surrounded by the grandest mansions in the city. The plaza is decidedly more placid these days. It was once used for bullfighting (which was imported from Spain and was banned in Cuba in 1901), and even executions. There are somewhat different entertainment options on the plaza in modern times, and so you might want to visit the Factoria Plaza Vieja, a microbrewery offering Austrian inspired beer, located just off the plaza.

The grid-style layout of Havana’s Old Town will ensure that a walking tour in Havana is going to take you through all these glorious plazas and the narrow, twisting streets that connect them. The Plaza de la Catedral almost has a medieval look as it’s less colourful than many other squares in Havana’s Old Town. The plaza is dominated by the baroque style of The Cathedral of the Virgin Mary of the Immaculate Conception (or more simply, Havana Cathedral). Even if you’re not religious, you should head inside the building itself. Made from blocks of coral, it’s refreshingly cool inside. The frescoes are simply stunning.

No tour of Havana’s Old Town is complete without a leisurely stroll along Calle Obispo. This meandering street takes you from Havana’s Central Park (Parque Central) to the Plaza de Armas, and it encapsulates the vibrancy of this part of the city. If you have done much travelling, you will be used to the sight of waiters hanging around outside their restaurants, trying to encourage customers inside. It can feel like there’s a solid line of them in some sections of Calle Obispo, but they are never pushy, and will happily bid you a nice day as you continue your explorations. Dedicate a few hours to walking along this famous street, particularly if you’re an art lover. There is a wonderfully high density of galleries along Calle Obispo. Sure, you’re going to want to see as much of Havana as possible, but it’s entirely possible that La Habana Vieja will be your favourite spot in the city.