Aug 09, 2018Dale BarkerTravelComments Off on 8 Fascinating Questions (and Answers) About Air Travel 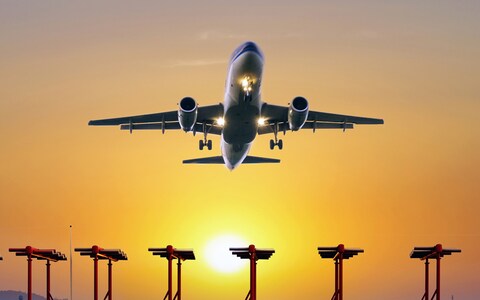 Despite the fact that more people are flying than ever before, the world of commercial aviation can still seem complicated and perplexing.

Before you jet off again, here are eight fascinating questions (and answers) about air travel.

While you most likely have heard of the Wright Brothers, you may not be as familiar with the “Father of Aviation,” George Cayley (1773–1857).

In 1799, this English aviator built the first glider that was able to move short distances. His early work assisted inventors in comprehending the dynamics of flight, and the Wright Brothers regularly recognized his importance and influence.

2. Do the captain and co-pilot have any quirks?

You may be surprised to hear that on a flight, your captain and copilot will never consume the same meal. This regulation is followed to ensure that they both don’t potentially get food poisoning.

Hopefully, that never happens, but in the event that one pilot becomes sick, the other one can still focus on flying the aircraft.

Usually, the pilot gets the first-class meal, while the co-pilot receives what business class passengers are served.

3. Do pilots ever use autopilot?

For the most part, pilots do turn on autopilot for the majority of a flight. Thanks to technology, their computers can make more accurate corrections, leading to greater fuel efficiency (not during turbulence, however).

While it is always available to use, autopilot is not typically used during takeoff and landing.

4. What was the deadliest airplane accident?

Shockingly, one of the most devastating airplane accidents occurred while the plane was on the ground. In 1977, two entirely packed airliners carrying more than 600 passengers crashed into each other while both were on the runway.

Remembered as the Tenerife Accident (as it transpired on Tenerife Island), sadly, over 500 people passed away in that incident.

Yes, they certainly are! Lots of people are scared of flying, but many of them don’t realize that these powerful machines are incredibly well-engineered and relatively safe compared to all other modes of transportation.

In fact, airplanes get hit by lightning on a regular basis, and no plane has ever crashed due to lightning in about 50 years.

If airplanes excite you, you can always consider applying for available (and exciting) aircraft maintenance jobs in the UAE.

6. Is there enough oxygen in the oxygen masks?

On a plane, the oxygen masks only have about 15 minutes’ worth of oxygen.

Before you freak out and state that you are never going to fly again, it is essential to understand that that is actually more than enough oxygen.

When the airplane cabin loses pressure, then the oxygen masks will become available. When they become available, it also means that the plane is dropping in altitude. So, the pilot will move the aircraft to an elevation under 10,000 feet, at a height where you and the other passengers can breathe normally without needing extra oxygen.

7. Why do the cabin crew dim the lights when a plane is landing?

If you have ever taken a night flight, you will have noticed that cabin crews will dim the interior lights. This is so that in the remote chance that the plane landing goes wrong and travelers need to evacuate, their eyes will have already had enough time to acclimate to the dark.

Likewise, when flight attendants ask you to raise your window shades during a landing, this is so you can see outside in an emergency and evaluate which side of the plane is more suitable for an evacuation.

8. Why do planes leave white lines in the sky?

When you see a plane whizzing by, you will then notice a trail of white lines that it leaves behind. If you have ever wondered what those lines are, then today is your lucky day!

These lines are condensation trails, and are more professionally referred to as “contrails.”

How are they created? Well, during the combustion process, plane engines release water vapor. Those white lines are produced in the sky when the hot water vapor is released from the exhaust and then hits the colder air of the atmosphere. It is a similar reaction to seeing your breath when it’s cold outside.

Did you learn something new about air travel? Do you have other amazing facts to share? Talk to us in the comments below!

Viktoria Grokhovskaya is an independent aviation expert currently working within the aircraft maintenance, repair and overhaul (MRO) industry in the UAE. She received her bachelor’s degree in Management and a Specialist Diploma in Economics and Management at the Enterprise from Astrakhan State Technical University.