Sep 04, 2018adminTravelComments Off on Tiny Towns of Minnesota 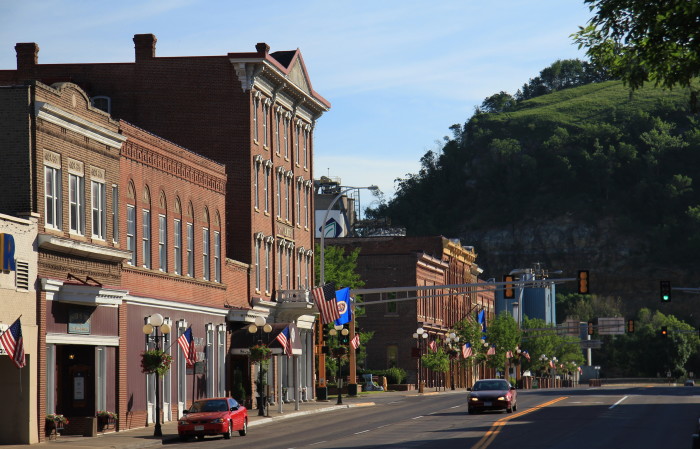 Big cities are a lot of fun, but they can also be overwhelming. There’s so much to do and the locals seem to spend most of their time arguing over which coffee shop is hipper, or which sushi restaurant has the best spicy tuna roll. Small towns, on the other hand, know that what you see is what you get. Everything to see might be within one or two blocks. If you’ve been to Minnesota before, you already know about cities such as Minneapolis, the biggest city in the state, and St. Paul, the capital. Instead, let’s explore some small towns with personality.

Dorset is a town of 22 residents in Hubbard County. It’s also the self-proclaimed “Restaurant Capital of the World,” according to Highway Highlights. How is it possible for a town with less than two dozen people to be the world capital of anything, much less dining options? There are four restaurants in town, and one just north of town, which means, on a per capita basis, there’s 1 restaurant for every 5 people. Not even New York City can lay claim to that.

Minnesota television station WCCO reports that the Dorset Daily Bugle is published once a year, “whether there’s news or not.” As you can tell from the title, it’s a very tongue-in-cheek publication, which makes it a good match for the overall vibe of the town. Dorset’s location in a resort area means it attracts plenty of tourists every year, some of whom visit for the Taste of Dorset festival in August. At the Taste of Dorset festival, you can pay to sample the food from one of the town’s four restaurants. And while other towns have messy political histories, that’s not true of Dorset. They have a very peaceful mayoral election every year, probably because candidates “run” by placing a dollar in a ballot box. One of the names is then drawn at random.

Whalan is in the southeastern part of Minnesota. The 2010 census counted 63 residents, although that number had shot up to 67 in a 2016 estimate. The nearest city can be found 45 miles away in Rochester.

Whalan is notable not for its restaurants, but for an annual parade. That may not sound like much on its face, because small-town parades happen all the time, but this one is special. In Whalan, they have what’s known as the Stand Still Parade. The concept is best explained by the parade’s website: “Our Parade Doesn’t Move….The Spectators Do!” That’s right; the parade participants just stand there and do their thing while the attendees walk around them from the beginning to end of the parade “route.” The 2018 edition was held in May, and participants included a local high school band that didn’t have to worry about marching in time, only playing their instruments in tune.

What’s the point of a parade that doesn’t move? According to the parade website, “Since the town’s too small for a parade to move, it was decided the parade would stand still and the spectators would do the moving.” If you go, you have to take photos of the Stand Still Parade, so look for cell phone stores in Minnesota where you can buy selfie sticks and other accessories to turn this “stand still” adventure into one you won’t forget.

If you’re looking for the smallest town in Minnesota, head to Funkley. It has a population of 5, making it the smallest incorporated area in the Land of 10,000 Lakes. It used to share that honor with Tenney, a town near the North Dakota border, but as the Star Tribune newspaper reported, Tenney voted to dissolve itself in a 2011 vote. The vote was 2-1.

Funkley was most known for the Funkley Bar and Lounge, a bar that happened to be owned by the town’s mayor. In 2011, Mayor Emil Erickson told Minnesota Public Radio, “There ain’t much to draw people.” Online reviews indicate that the bar closed sometime in 2017.

Planning for Overseas Holidays - What About Travel Insurance? HOW TO KEEP YOUR DATA SAFE WHILE TRAVELLING